I find myself awestruck when seeing the twist and turns the path takes to creating an acceptable logo / brand. I say acceptable because many times in the eyes of the art director, art team and down to the artist it is not ideal. There are times that compromise wears down the process to where you just give in and allow whatever has been worked on to move forward for the good of the team, the bottom line, and the clients happiness.

Those who love branding appreciate the process. The stories, the influence and the “happy accidents” that play a part in the final product.

I figured I would post one of my recent forays in making a brand on a limited brief for a friends company. The only part of the brief that was direct and understandable was that they wanted something symbolic to play off of the words comprising the companies name. Adaptive Defense Concepts. Initially we had a hard time trying to figure out how to capture the meaning of  “Adaptive” in a symbolic and graphic way. They also mentioned they liked shields. This was our first set of comps.

In this comp there is an obvious abundance of shields and if you look up in the top right corner you can kind of see what they had mocked up and what they were going for on their own. I love shields and heraldry in general so I enjoyed this part of the process. None of these were speaking to them or me so we decided to move to more idea’s with a less military feel.

In this group we see even more shields. Where we ran into trouble was trying to to figure out a way to express adaptation. They really wanted to use arrows to express options and thus being able to adapt. This obviously becoming more refined but neither of us were really getting what we were wanting out of this and went another round. Frustration as well as a bit of hopelessness was beginning to set in as I pleaded for more input and direction and not for a lack or trying just could not provide it.

I started to simplify my thought process and I started from the ground up. I tried to think of things that were truly adaptive. Things that adapted in any circumstance. For some reason the Bruce Lee quote about being like water really began to stick in my head. 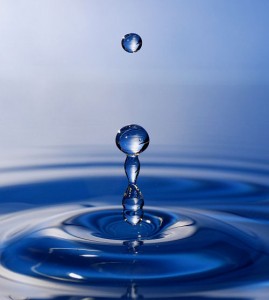 Once I read that quote I began to look up symbols of water. Everything from common health symbols to ancient esoteric / alchemical drawings. I found that an over turned triangle was used. This was perfect. I also began to think about the business this particular client was in which is tactical / self defense training. Most people with in that community practice in what is called “lethal triad”. Which comprise of Training, skill, and equipment. I took one of the ideas I used on a previous composition and incorporated it into this symbol and really bloomed.

When I started prepping this I knew I was onto something. Between the meaning that got me there and the general simplicity of the logo I started to feel really good about where was going and started getting ideas for a third composition. This time running the symbol across a bunch of the previous ideas we had.

This was third and final version I approached the client with. They saw this mockup and the response was immediately positive. They actually found usages for three of these mockups. The top right would be used for the website header logo. The bottom middle they decided to use to create patches. The bottom right we are using for the bottom right. In the end it ended up being a very simple logo with a little  bit of detail. Simple does not make it weak though, as it is very bold and even in black and white it stand really well on it’s own.

This week has been pretty dope. First off I struck a deal with the world famous, ok well U.S. underground chop scene famous Fab Kevin to take ’81 Suzuki GS1000 off his hands. This thing is cherry and it was just what I was looking for before I bought the KZ1000. 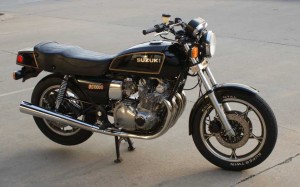 Something I could just hop on and ride while I finished the FXR project and shook it down.

Then about a week ago I entered some pics into Burly Brand’s “show us your garage” contest. I was just notified that I won that shit. I know not really life changing but seriously, a chance to add to the stash of parts. Not going to turn that down.